I am a fan of horror stories.  I grew up on H.P.Lovecraft – I discovered him when I was eight (!)
Later, I progressed on to reading Stephen King.  The first story I read of his was ‘Pet Sematary’ and I was amazed and thrilled to find that the characters stayed with me.  It started rather spookily, when I spotted a little boy who looked just the way I had imagined ‘Gage,’ and it continued as I saw ‘familiar’ faces in crowds for days afterwards.
I have just completed my own small contribution to the horror genre, a novella called The Salem Strategy.
It’s just 60 odd pages and is part of a new series I’m calling ‘Horror In A Hurry.’  The idea is that you can read it in just one or two sittings.  Further titles will be added throughout 2015.
The Salem Strategy explores what happens when the military attempt using paranormal tactics and the inadvisability of ‘winning at all costs.’
So, if you fancy being terrified on the train or bewitched on the bus, The Salem Strategy been published today on Kindle for $0.99 (77p. in the UK).
Let me know what you think, eh?  Thanks 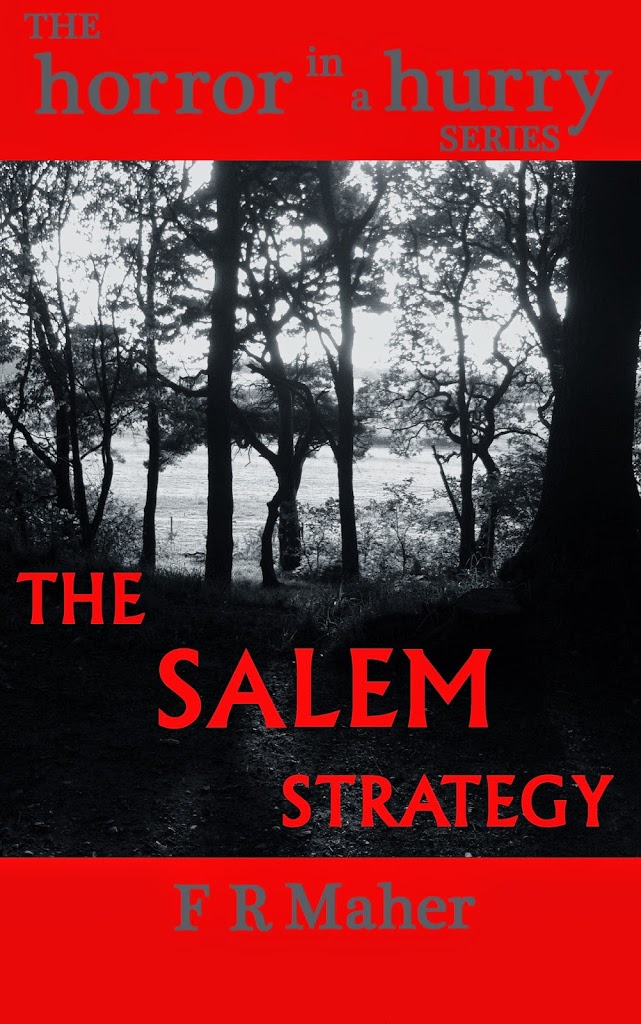