I can’t believe how long it is since I’ve been here.  2015 proved to be a very busy old year and 2016 is already shaping up to be even busier.
I’ve spent time writing for magazines and been chosen to contribute to an anthology in memory of Sophie Lawrence.  If you don’t know about the case, it’s incredibly sad.  Sophie and her boyfriend were attacked in a park, simply because they looked different.  They were goths.  Sophie died thirteen days after the attack.  She was just twenty.  The BBC made a very moving film about her entitled, ‘Black Roses.’
I was upset when I first heard about Sophie’s death and her story still haunts me now.
However, Sophie’s amazing mother, Sylvia has set up the S.O.P.H.I.E foundation – this stands for ‘Stamp Out Prejudice, Hatred and Intolerance Everywhere.’
The SOPHIE foundation go into schools and educate young people against violence.  They believe that everyone should be able to style themselves as they wish without fear.

The anthology will be sold to raise money for the Sophie  Foundation, and I’m honoured to be one of the contributing writers.  It will be launched on World Goth Day, the 22nd. of May 2016.
In the meantime, the cover reveal and book trailer will be launched on the 21st. of February. 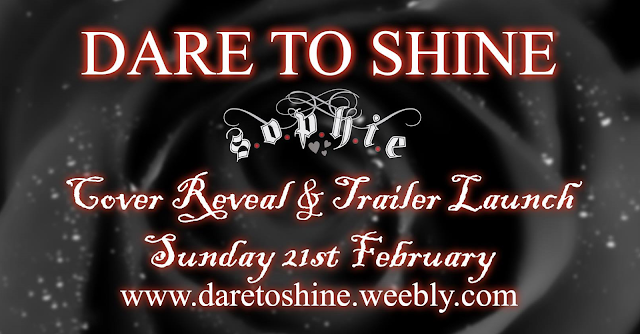