‘For as long as I can remember, I have had dreams about the sea.
On stormy nights when the winds roared through the oaks and the rain lashed the windows of the old house, I dreamt I was aboard a stately galleon.  Those were the times when the shadows of the storm tossed boughs upon the walls of my bedroom, became the very waves beneath my keel.  Invariably, in every dream, I would fall into that roaring surf, to twirl and turn, like a helpless leaf in the gale, until I surrendered to the calm benthos of a deeper sleep.


Even now I cannot remember a single night without sea dreams.  Which is remarkable given that I was born about as far inland as it is possible to get and that my father had the strongest aversion to merely visiting anywhere near the coast.
Perhaps my inquisitive nature was piqued by his attitude?  I now recognise he had what modern psychologists would call a phobia, but as a child, all I saw was his unreasonable and unbending attitude to my enduring fascination and interest in all things marine.  I soon learnt to stop expressing this facet of my young mind under the heavy hand and dark looks of his disapproval.  An innocent request for a jolly trip to the seaside brought me a beating.  I could not see the harm in it, but I learnt to still my tongue and not speak of it.  I hid my childish paintings of ships in emerald seas and pirates and treasure islands beneath my bed, I smuggled books about marine life into my room – all the time aware I was going against Pater’s wishes.
Perhaps if he had not been so stern upon the subject, it would never have held such a grip over me?  But I say again, where was the harm?  After all, two of my young playmates from school had been to the seaside in the holidays and the way they spoke of the churning green-grey water thrilled me!
You must understand, this was back in 1918 and I was but five years old then, and completely without any understanding of tides or the moon’s influence, so it struck me as particularly magical that there could be places upon this earth where the order of the well-ploughed field gave way to a seemingly unending chaos of wind-swept water.  I could not imagine it, but, even without sight of it, somehow my mind created such scenes for me, night after night in those strangely prophetic dreams.
Thought I knew not from whence it came, somehow the sea was in my blood.
Thus begins my new horror novella ‘Seaside.’ Out next month, it’s the third in the Horror in a Hurry Series.  My homage to H.P.Lovecraft’s ‘The Shadow Over Innsmouth,’ it also nods towards The Wicker Man…’ 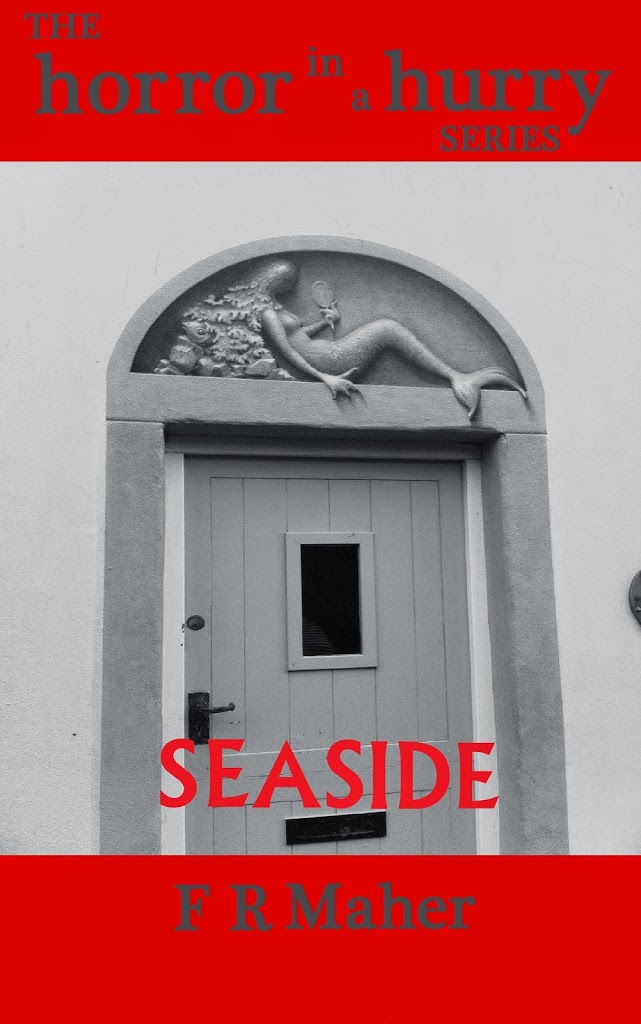