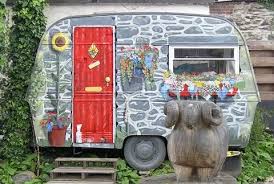 What is the greatest joy of writing for you?

The unexpected! Seriously, when you create fully rounded characters they tend to start dictating to you how they should behave, what they should say or do and WHEN they should say or do it! You start off as their creator and become their servant… occasionally I can wrangle them to do something, but there is always some extra kick that comes out of any encounter.

If you have created these characters, surely they can’t surprise you? Really?

They can, and they do. I have taught creative writing classes and had this quizzical reaction before – and then seen that turn around into joy – and a look of utter shock on a student’s face when they have the exact same thing happen to them! Even as I write, characters can reveal all sorts of secrets buried in their past… the joy of writing is that I am almost on as much of a voyage of discovery as my readers are.

What are you working on next?

The follow up to The Last Changeling. It carries on where Book 1 left off – and is already eagerly anticipated by fans of Book 1. It’s a bit of a balancing act, I don’t want to go over too much old ground, but I have to refer to past events – all without mystifying the new reader, or boring people who have already read The Last Changeling! Having said that, it’s shaping up nicely and I’m very pleased with it.

Who are your favorite authors?

Ooh, not fair! There are so many and only limited space here. As a child I read Tolkien, H P Lovecraft, George MacDonald then later on, I devoured anything by Stephen King, John Le Carre and Robert Ludlum, (I know, weird mix). I flipped from the serious/scary and got into comedy stuff like Douglas Adams and Terry Pratchett. I read straight factual ‘how to’s’ and business guru type stuff, together with ‘self help’ for the longest time before Neil Gaiman and Iain Banks rescued me from all of that. I tend to stay loyal to a particular author, however I have about six books on the go now, a complete mix of fact and fiction.

What inspires you to get out of bed each day?

The wayward, flimsy desire to fecklessly fritter all my money away on bills and the mortgage…

When you’re not writing, how do you spend your time?

How do you discover the ebooks you read?

In truth there is no one single route. I may have lost a book that I want to replace, it could be a recommend from someone who knows the kind of thing I like to read, or it could be a good review. Sometimes I go specifically looking for one book and end up buying a couple of others because I have followed intriguing links.

Do you remember the first story you ever wrote?

I remember the pride I felt when I was very small at being able to put words together and write a whole sentence – that felt like a huge, but very exciting project. My story was about being at the seaside. I made up something about a crab biting my toe. I remember the feeling of barely understood, but delicious glee, because I had actually ‘made something up.’ I wondered if that was the same as telling lies and it worried me. I had to ask how to spell ‘toe,’ as I had never encountered it written down before. It was in the the old Victorian half of a tiny Warwickshire infants school. I was four years old.

What is your writing process?

It varies, I used to do the ‘get up early and don’t do anything until you’ve written a couple of thousand words’ routine. That works well, but my current employment procludes that. If you’re having to get up at 6.30 a.m. there isn’t that much ‘earlier’ you can do! I drive up into the Welsh hills and write in my car – or in coffee shops, with headphones on!

Do you remember the first story you ever read, and the impact it had on you?

I started reading when I was three and I grew pretty bored of childrens’ books. I loved Enid Blyton, but those kids were always eating and I got fed up of always feeling hungry! I do remember picking up a hard back book with a plain straw coloured cover at a Church sale – of all places – I don’t know what prompted me to buy it with my pocket money, but I am so glad I did! I was all of eight years old and it was a book of short stories by H.P. Lovecraft! Pretty hard core horror for a well brought up British child! Even though I had to look up so many of his longest words that I tended to have a dictionary in one hand and this book in the other, I scared myself witless! I remember a running line of prose where he picks up the pace with short sentences and great visuals, it built to such a horror that I threw the book and hid under the bedclothes! But even then, I had to emerge and find out how he had done that, how mere printed marks on a page held so much power! This was when I knew I wanted to write… in the meantime, I assimilated all the long words – oh dear – and all this coming from an eight year old must have sounded hilarious!

How do you approach cover design?

I’m very visual, I do a mock up on Word… yes, Word… don’t ask! I was told by a graphic artist that somehow I can do more on Word than he can, but it’s no substitute, it’s just a rough mock up. Then it’s ‘cleaned up’ and made into the right kind of file by a talented friend. I needed The Last Changeling’s cover to be as unlike a ‘sword and sorcery’ epic as I could make it. The sign is based on the old London Transport signs for The London Underground, the ‘Baker Street’ suggests that this place is an important part of the narrative whilst also tenuously creating a link with Sir Arthur Conan Doyle, creator of Sherlock Holmes. The sign’s colours have been changed until it’s been morphed into something familiar/unfamiliar. The wavy background suggests it might be underwater and from a distance, the whole design looks like an eye looking out on you. Further to that, the arrow breaks every rule of physics, it is creating layers on a flat sign, and so it subtly suggests that something potentially meta- physical i.e. magical, is going on. So there’s a lot of hidden meaning in it.

What book marketing techniques have been most effective for you?

Word of mouth. Without a doubt. It’s so cool when you see great reviews written by people you could pass by in the street and neither of you would ever know the deep connection you have. Hopefully I have entertained them and they have visited an entire world I have created.