A week has slipped past and I still haven’t recovered from the mayhem that was the Legendary Llangollen Faery Festival.

As co-organiser it’s my job to… well… organise!

Over the past year I have liaised with craft workers, musicians, healers and readers to put on a ‘fairy-friendly’ festival in the beautiful setting of Llangollen in North Wales.

Bearing in mind The Last Changeling is hardly fairy friendly, it might seem that I have been dancing with the enemy.  Indeed, I never thought people who really believe that fairies are sweet creatures, far removed from the malign metahominids of folklore and my fiction, would ever view me and my book with anything less than open hostility.  Luckily they are only interested in fairies and fey culture being promoted, so if I just happen to be the conduit for that to happen, then they are inclined to forgive me.  Actually some of them prefer their fairies to be somewhat, ‘kick ass!’

So over two hundred craft workers, healers, fortune tellers, live-action role players, musicians and speakers descended upon us last weekend, all with a mind to have a good time, sell their wares and enjoy everything fairy.  They pitched tents and stalls and some set up inside the huge tented arena of the Llangollen Pavilion…. and all this with the threat of the tail end of Hurricane Bertha looming and poised to strike!

Saturday dawned fair and a glorious day was enjoyed by hundreds of visitors.   Wishes were posted on the wishing line for the fairies to collect and grant, and the wing and wand making workshops were spectacularly busy.  Circus skills were taught, the mystery of how to play a didgeridoo was revealed and live music and wonderful food was enjoyed. The stallholders did a cracking trade and the little, (and large), ones had their faces painted and were told some amazing tales by expert storytellers. 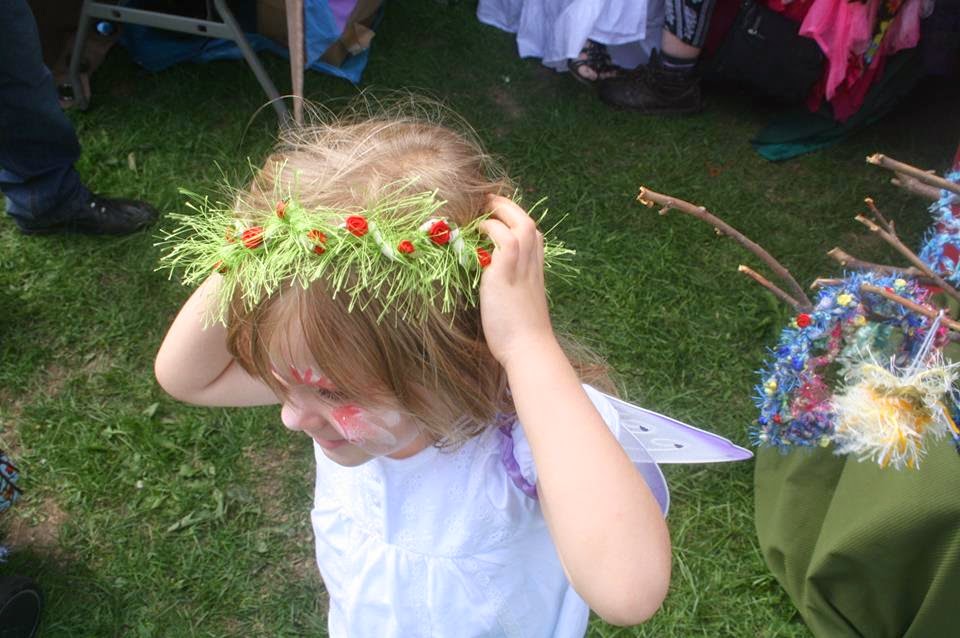 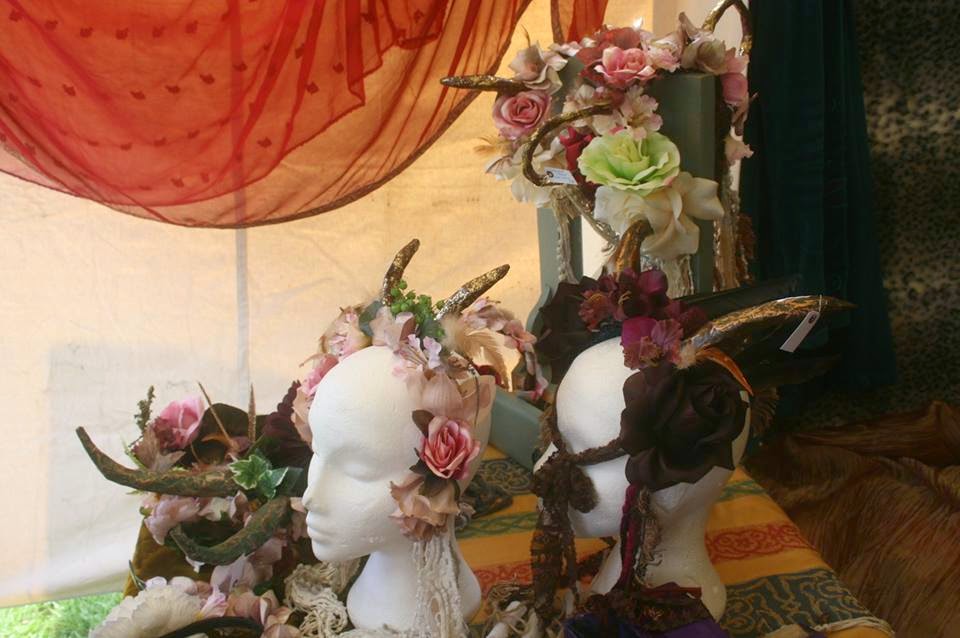 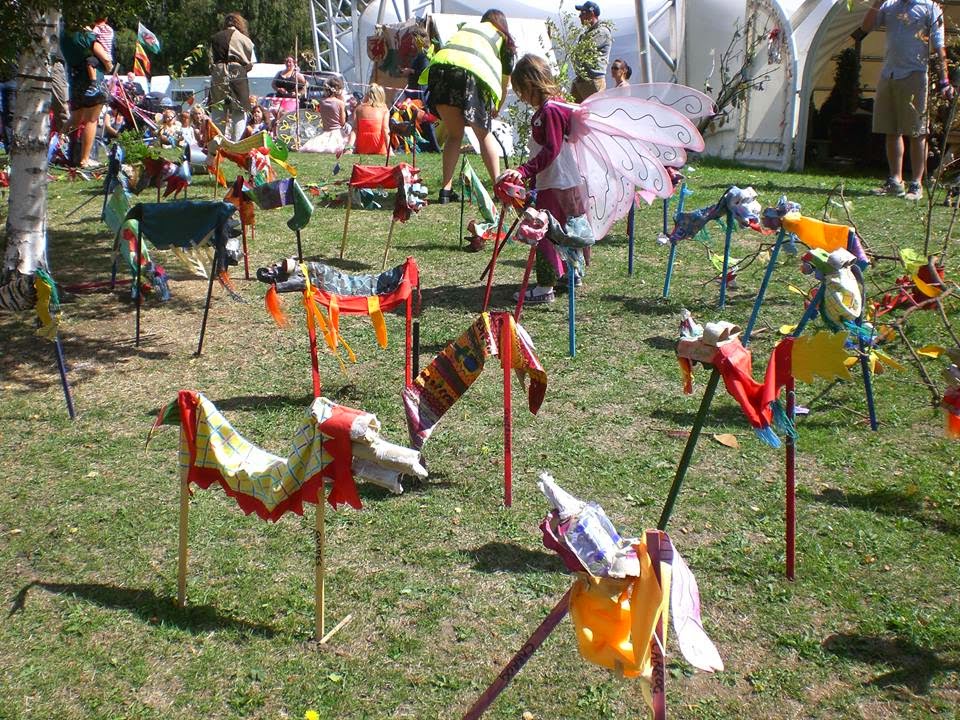 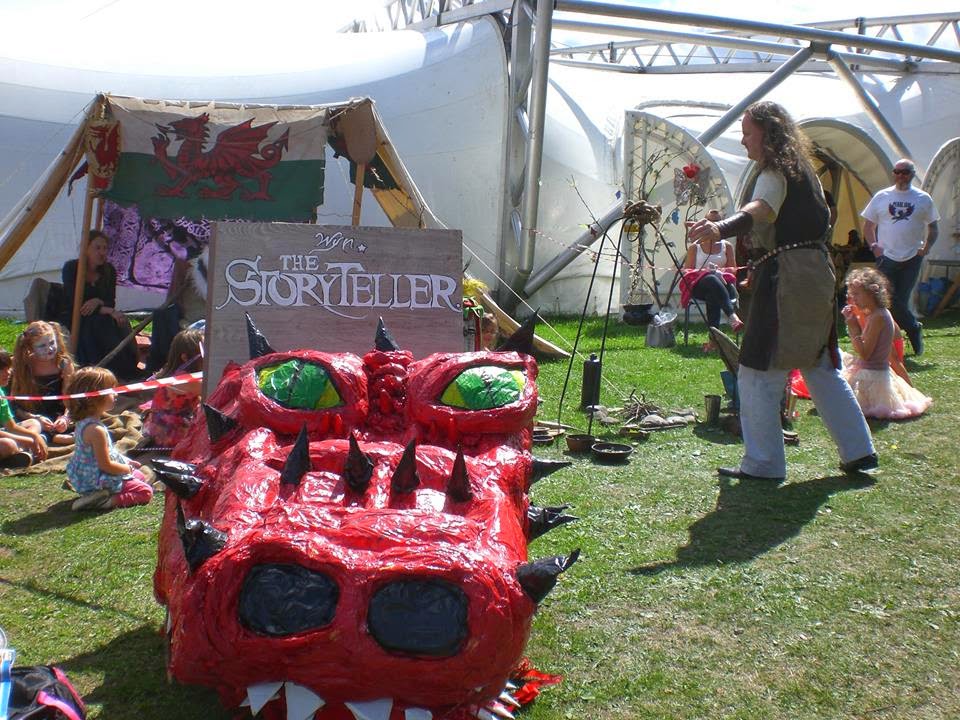 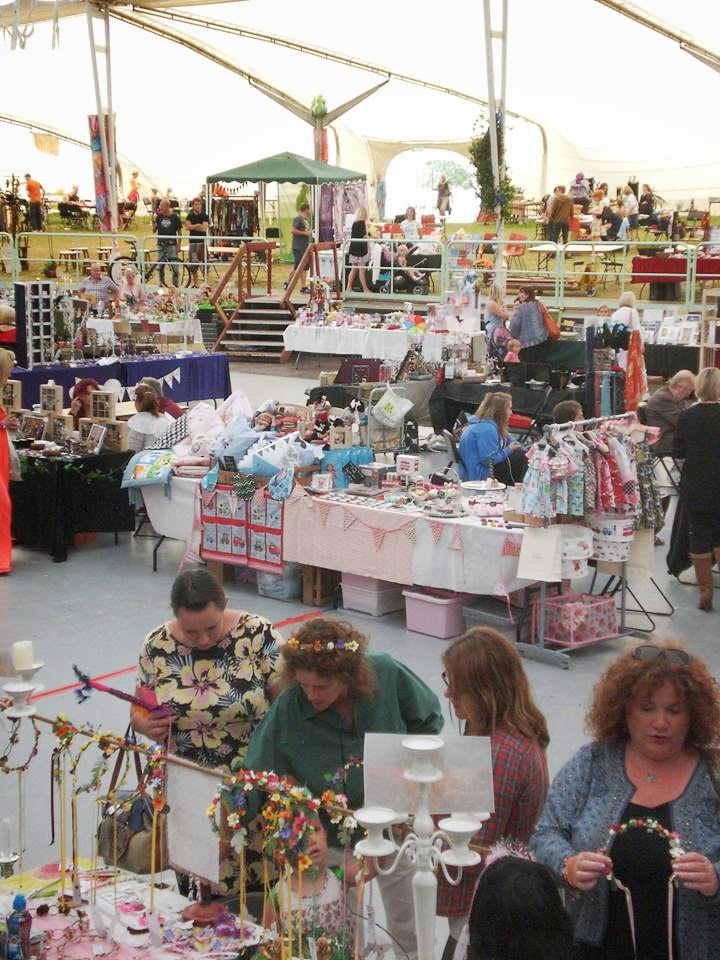 Then came the rain at teatime … and because the arena is so huge, most of the outside stalls moved inside for the next day.  We only had the vintage funfair and three stalls go home – all vowing to return next year.  That night we all danced at The Grand Faery Ball, so no-one much cared what the weather was doing outside! 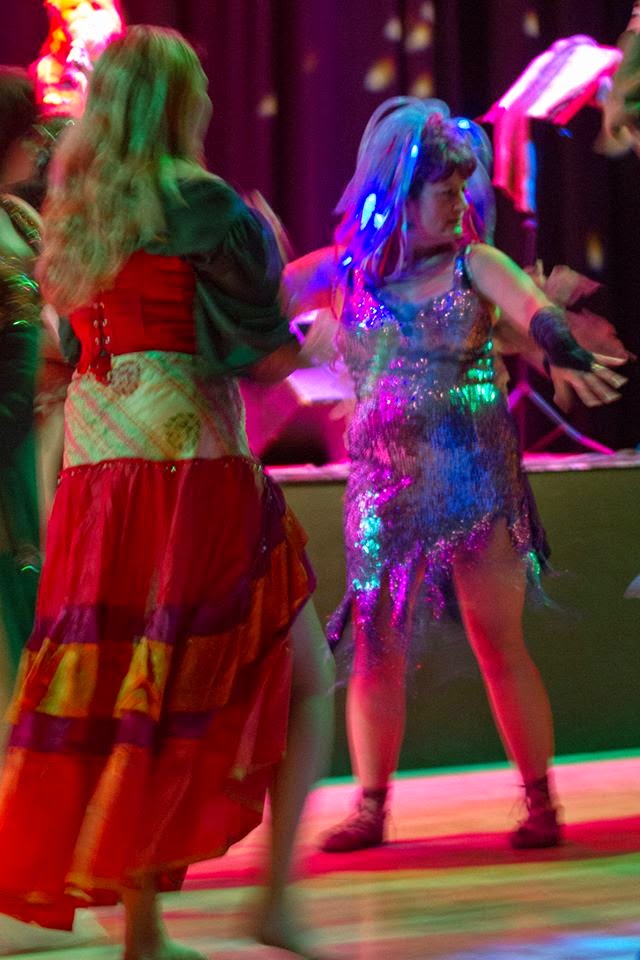 Fervent spells were cast for good weather for the Sunday.  After a rain lashed night, the water stopped pouring from the sky  just eight minutes after the event opened again.  There were a few squalls in the afternoon, one huge gust of wind, and that was Bertha’s last farewell! 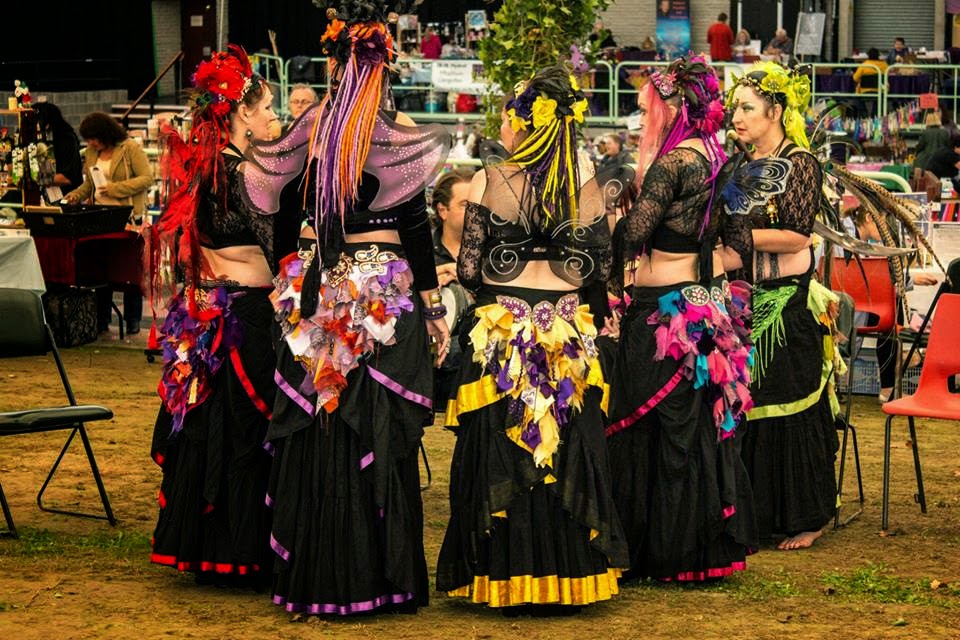 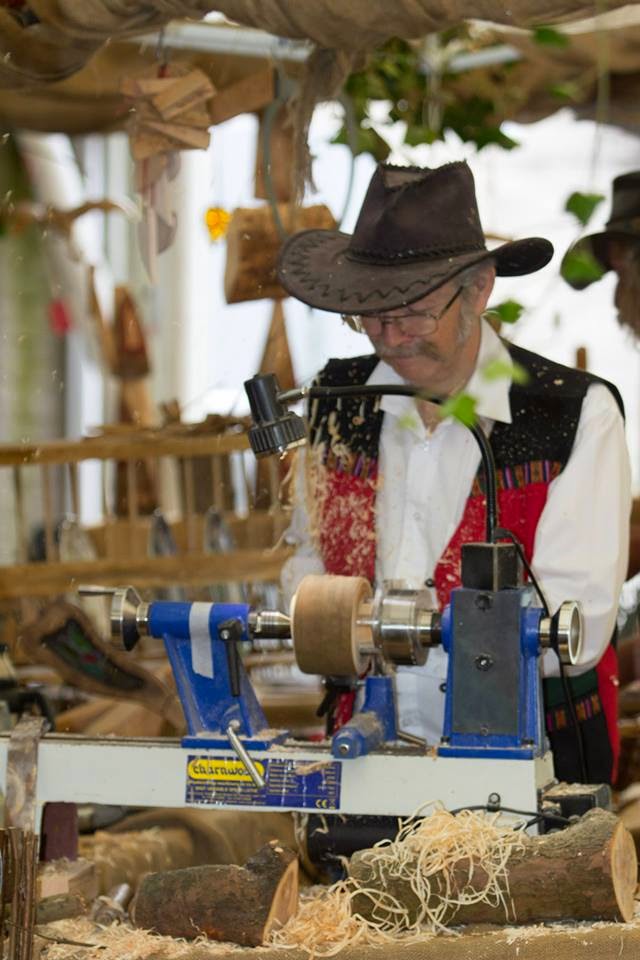 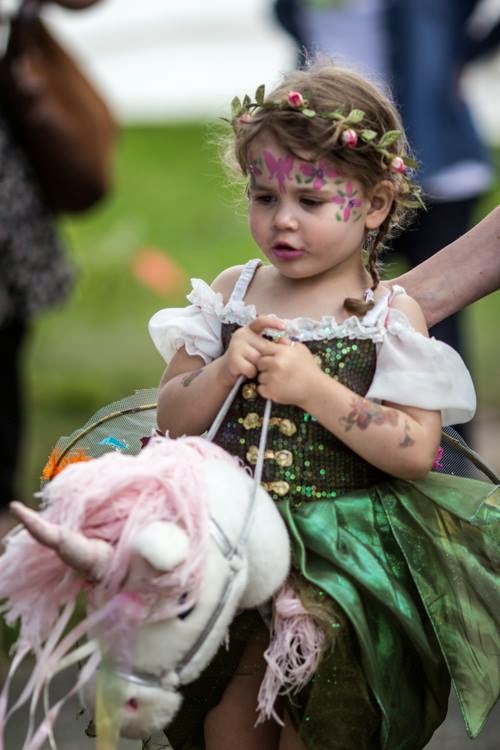 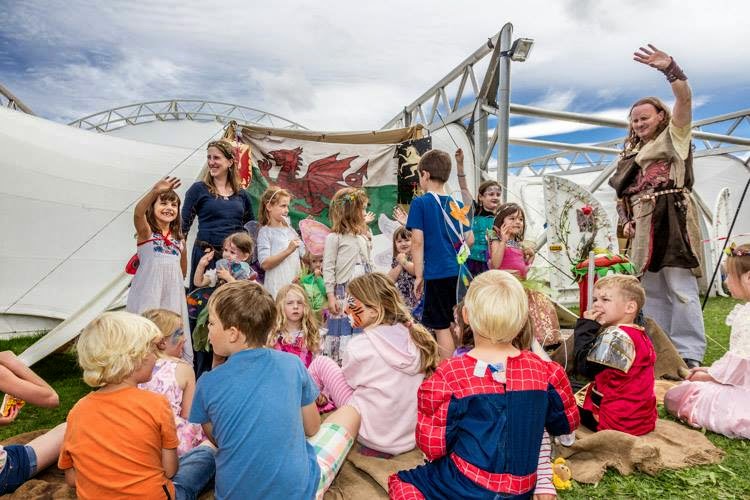 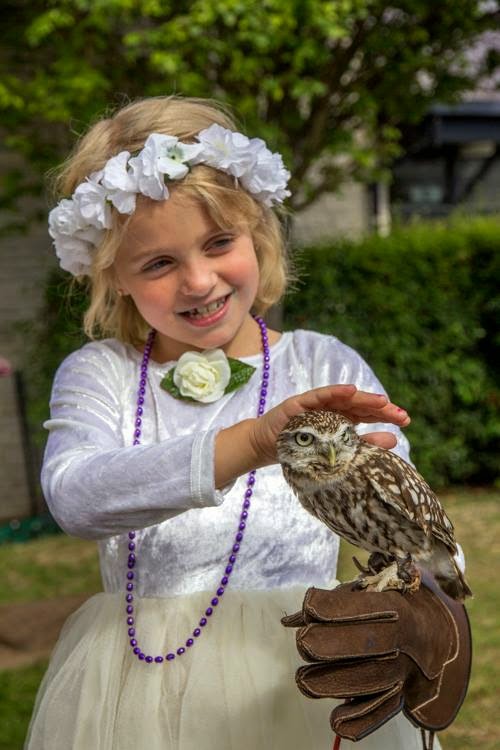 We all survived and are already planning for 2015!