The Last Changeling The Enigma Wars

All of history is secrets and lies… the present is just a cover story. 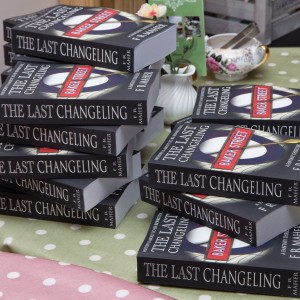 Malign beings of folklore and legend, metahominids are humankind’s oldest enemy; if they don’t kill you, they will destroy your peace of mind. As recently as the 17th century, a farm-hand encountered them upon a Welsh hillside and was almost ‘danced to death’, and a century later, babies were still being stolen and replaced with ‘changelings’.

Even the finest brains are not immune to metahominid influence. When Sherlock Holmes’ brilliant creator, Sir Arthur Conan Doyle fell victim, they made him believe that photographs of cut-out paper figures were images of real fairies. In short, the metahominids – traditionally called fairies – used Conan Doyle’s fame and reputation to prove they do not exist.

Within their traditional haunts of hill fort, woodland and barrow, these creatures are dangerous enough; but now, like urban foxes, they are abandoning the countryside to infest our city spaces. They prey upon us within our own territory – and modern life offers us no protection. Our unwillingness to believe in these ‘other men’ leaves us wide open to attack. They ramp up the trance music in our clubs, leaving us unable to resist dancing to certain tracks, and woe betide the young mother who suddenly realises her baby isn’t hers… no one will believe her. Thus they move amongst us, still destroying lives as they always have done, yet now, suddenly, in greater numbers than ever before…

As this centuries old, covert war heats up, it falls to a shambling figure known only as ‘D’, and his pitifully underfunded department, to keep us safe – and ignorant of the nightmares that lurk, hidden in the every day world that we call ‘reality’.